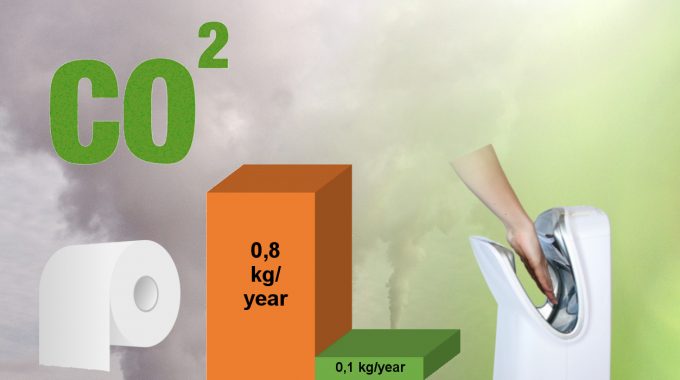 On 6 November 2020, the German leading newspaper “Süddeutsche Zeitung” published this article on the recent situation regarding electric hand dryers in Germany. Source is an interview conducted by dpa (German Press Agency) with Roman Gorovoy, managing partner at our member Electrostar/Starmix.

New requirements for occupational safety in times of the corona pandemic are causing criticism from manufacturers of electric hand dryers. Reference to the original article (German language). For the fully translated arcticle please click “Read More”.

Directly from the dpa news channel – translated by translate.google.com

Stuttgart (dpa) – Manufacturers of warm air hand dryers fear for their business because of the corona pandemic and accuse the authorities of regulatory anger.

The background is in particular a new Corona occupational health and safety standard from the summer, according to which electric hand dryers should not be used in toilets and washrooms to reduce the risk of infection and instead disposable towels should be used. The industry believes that there is no independent scientific basis for this. The Federal Institute for Occupational Safety and Health refers to a preventive approach, since the risk has not been finally clarified.

“You destroy a branch of industry”, criticizes the managing director of the manufacturer Electrostar from Ebersbach an der Fils, Roman Gorovoy. The industry association EHA (Electric Handdryer Association), of which Gorovoy is one of the initiators, started a social media campaign a few months ago with the aim of stopping the banning of dryers from washrooms and toilet rooms. Gorovoy himself and the association have written to federal and state authorities in writing, so far without the desired success. They rely on dialogue, but also reserve the right to take legal action, said Gorovoy.

The central point of criticism from the manufacturers: The recommendations and specifications were based solely on fears. But they made sure that hand dryers in public toilets or in the catering trade were switched off or imposed as a precaution. “That immediately implies to the consumer that hand dryers are dangerous,” said Gorovoy. “There is an enormous competitive disadvantage.” Hardly any new devices are now being sold, and potential clients are unsettled.

Electrostar generates around 15 percent of its approximately 45 million euros in sales with hand dryers from the Starmix brand. According to Gorovoy, the market share is also around 15 percent. Around 25 to 30 of the total of 200 jobs in Ebersbach were directly dependent on it.

The question of whether electric hand dryers promote the spread of viruses was discussed long before the outbreak of the corona pandemic. Studies come on the one hand and on the other hand more or less clear results – depending on which side commissioned or financed them. There are studies that have been carried out on behalf of the paper industry. The dryer manufacturer Dyson, for example, has already done research for itself.

Gorovoy and the association argue that there is no clear independent evidence that hand dryers pose a greater risk than paper towels.

“Studies on the hygiene of different forms of hand drying turn out differently depending on the study,” says the Federal Institute for Occupational Safety and Health. “In addition, many studies were financially supported by stakeholders from the business world.” A final neutral assessment is currently not known.

For example, the World Health Organization (WHO) names hand dryers in connection with Corona as an alternative to paper towels, but also emphasizes elsewhere that further research into the spread of the virus through aerosols is necessary. The manufacturers also refer to the WHO and cite an older study that came to similar conclusions. The Federal Center for Health Education (BZgA) in turn recommends that clean, disposable towels should preferably be used.

“The topic is currently still being discussed controversially internationally,” announced the Federal Agency. “In the sense of a preventive approach of the state regulations for infection protection, the use of electric hand dryers, which can in any case cause additional air circulation in rooms, is currently not recommended.”

Review and Revision of EED: Context of Product Use is Important

In terms of establishing measures that result in actual energy efficiency gains, the context of product use therefore has to be taken into account, and how to achieve a consumer behaviour that helps achieve the desired effect.

Today, we celebrate the Global Handwashing Day! This special day was initiated by the WHO…