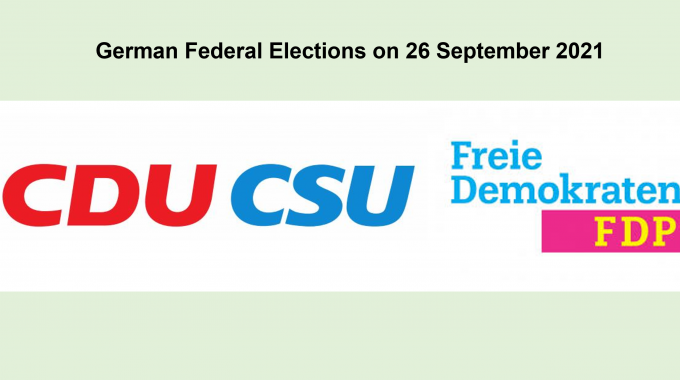 Germany elects a new parliament on September, 26th 2021. During the current German election campaign, the eHA has asked the parties how they intend to deal with the issue in the future – in the event of government participation from the fall onwards. The party “FDP” (Free Democrats) answered our questionnaire. Earlier, we got answers from the Greens and from the Left-wing Party. The Social Democrats unfortunately did not answer at all.

How will you shape the regulations for public washrooms and toilets (incl. workplaces) in the future so that electric hand dryers are used as widely as possible in Germany and what is your view with regard to the energy efficiency and environmental friendliness of electric hand dryers compared to disposable paper or textile towels?

We, the Free Democrats, are building on the steering effect of cross-sectoral and EU-wide emissions trading, including in the area of buildings, to create market-based incentives for climate-friendly investments.

What are you doing to ensure that no rash decisions are made in the future, such as the one in March 2020, which stated that electric hand dryers are unhygienic per se? There is no scientific evidence for this.

We Free Democrats are committed to ensuring that political decisions are made on the basis of scientific findings wherever possible.

In your opinion, what requirements should manufacturers fulfill with regard to the circular economy and sustainability? How should the requirements from the EU’s Ecodesign Directive be implemented in Germany?

The Free Democrats believe in incentives to implement an environmentally friendly and resource-conserving circular economy. To prevent untreated waste from continuing to enter the environment, we want to further develop the existing legal framework in line with the polluter-pays principle. We reject government intervention in product design.

Germany elects a new parliament on September, 26th 2021. During the current German election campaign, the eHA has asked the parties how they intend to deal with the issue in the future – in the event of government participation from the fall onwards. The party “CDU/CSU” answered our questionnaire.

How will you comply with the regulations for public washrooms and toilets (incl. workplaces) in the future, so that electric hand dryers in Germany be used across the board as possible?

If there is a need for action, the CDU and CSU will adapt the relevant regulations.

What is your opinion with regard to energy efficiency and environmental friendliness for electric hand dryers compared to disposable paper towels or
textile?

According to the knowledge available so far, modern high-speed dryers have a relatively good carbon footprint, provided they consume little electricity.

What do you do to avoid a hasty decision like in March 2020, which says that electric hand dryers per se are unhygienic? There is no scientific evidence for this.

The CDU/CSU basically trust the expertise of the federal ministries and the subordinate authorities, as well as studies commissioned in this area.

In your opinion, what requirements should manufacturers have with regard to circulatory meet economy and sustainability? How should the specifications from the Ecodesign Directive of the EU to be implemented in Germany?

CDU and CSU support the sustainable modernization and safeguarding of competitive competitiveness of our economy through the further expansion of the circular economy, such as the European Green Deal also provides for it. To close raw material cycles, you need we the cooperation of everyone involved in the cycle, from the producer to the Consumers, up to and including the waste management industry. We become incentives set to develop low-waste products. Here, as a policy, we will find suitable frameworks develop conditions and instruments that enable the reuse of recyclates, in particular Significantly improve, especially in the plastics sector.

The report provides analysis of global Hand Dryers market for the period 2015-2026, wherein 2019…

The Hand Dryers market was valued at (?) Million US$ in 2018 and is projected…

Recent Posts
Categories
Archives
Copyright © electric Handdryer Association 2017. All Rights Reserved
We use cookies to ensure that we give you the best experience on our website. By using our site you agree to our privacy policy.I agree